CrossFit is known for constantly-varied, functional exercises in many different time modes and sequences.  There are an infinite number of workouts so odds are you won’t ever do the same one twice–except for Benchmark Workouts. 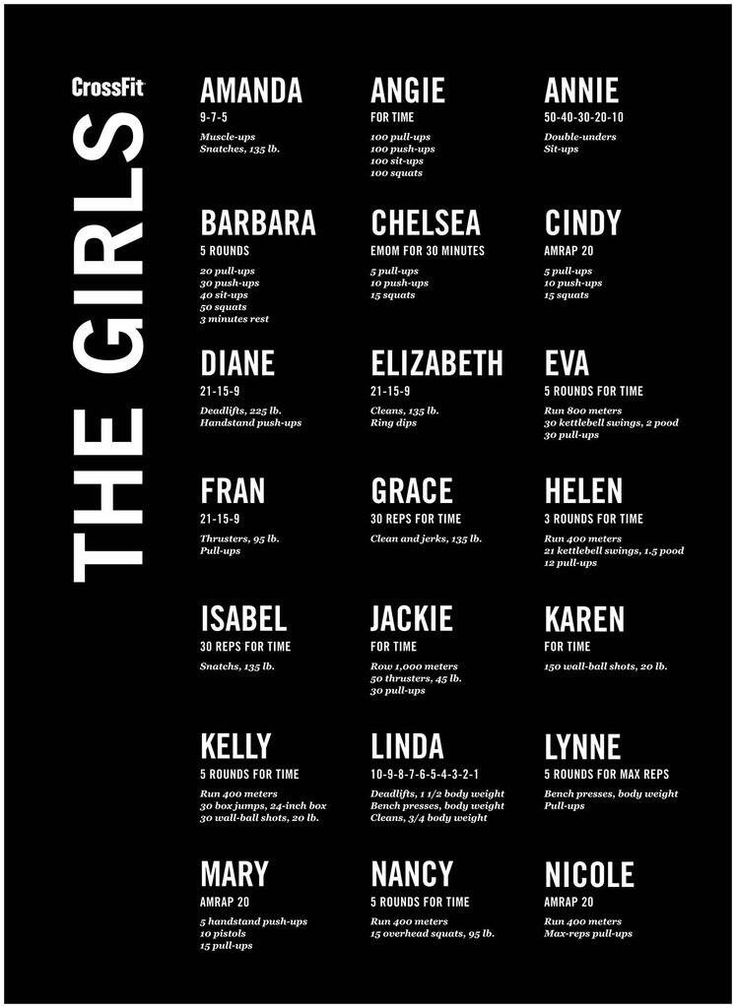 So what is a Benchmark Workout in CrossFit?   Benchmark workouts are designed to measure improvement through repeated, regular appearance in your medium- and long-term regimen.  They first appeared officially in the CrossFit Journal in September 2003, and that early list included Angie, Elizabeth, Barbara, Chelsea, Diane and Fran.  The motivation for naming them, as Glassman said in December 2009 discussion, was simple: He wanted to be able to explain the workout once to his group, give it a name, and then refer to the name next time the workout came up.  It’s easier to say “Fran” than to say “a front squat into push press followed by pull-ups.”  Why girl names?  Well, think of hurricanes.  Greg Glassman, the founder of CrossFit, has said, “any workout that leaves you flat on your back, staring up at the sky, wondering what the hell happened, deserves a girl’s name.”

Benchmark workouts do just that.  This week we did Helen.  Helen is three rounds for time of 400 m run, 21 kettlebell swings, and 12 pull ups.  I beat my time by almost a minute from just 2 months ago.  I know this is due to the fact I now have butterfly pull-ups; whereas, before I did not.  It makes you feel good when you beat your old time of a timeless workout.