This week we had a workout programmed with a 3 mile run. It happened to be very cold that day in the morning, only 7 degrees, so there was no way I was going to run this outside. So I decided to hop on my TrueForm Runner.

If you’ve never run on a TrueForm Runner, then you are in for a tough workout. I first used one at Arcanum Games about three years ago. Then, during the pandemic, I had the opportunity to pick one up for half off, so I did.

The premise of the curved track of a TrueForm runner is that you work more muscles of the leg and you burn more calories doing so. It also forces you to run in a better position for your body and the impact is less than running on a flat surface, which protects the joints. Plus, you supply the power; there is no motor.

Let’s just say I got my butt whipped — and bad. I had a really hard time running three miles on this machine, but I did it. And it was hard. And it was DEFINITELY worth it.

Here’s me running on my TrueForm Runner:

This Thanksgiving, my oldest daughter and I decided to run the Loveland Turkey Trot in Loveland, Colorado. We’ve never run this race, and it was a new course that was right off I-25, so it was easy for us to get to.

Overall, the course was not the best. It was run on pavement and involved two switchbacks where you ran down a road and back. It basically felt like you were running around car lots.

There was little snacks and food afterward, the results were not posted immediately, and it was very disorganized. It was a beautiful day to run, but we won’t be doing this 5k race again.

Check out my video here:

I knew I’d pay the price for running a 10k since the last time I ran a 10k I was wrecked, but I did it anyways.

If you want to see my video review of this race, you can watch it here:

And please subscribe to my YouTube Channel as I’m trying to grow my subscribers. Thanks so much! 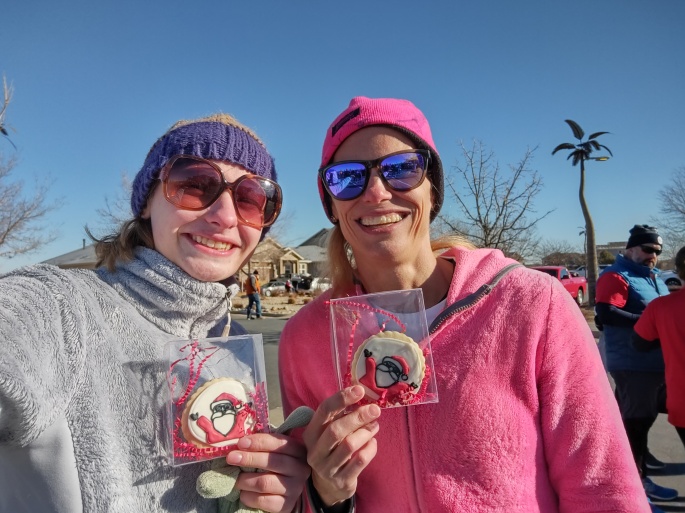 My daughter and I signed up for a 10k run in Windsor, Colorado, called the Santa Catch.

At mile 4, I realized “why not.” This race was hard — very hard. However, it was a flat course, and I won first place in my age group. A Santa cookie was my prize. I was so excited!

We also saw a pair of bald eagles by a lake we ran by in Windsor. Always a great sight.

It was cold, but it was fun. Great race. Well run by Run Windsor. Thank you! 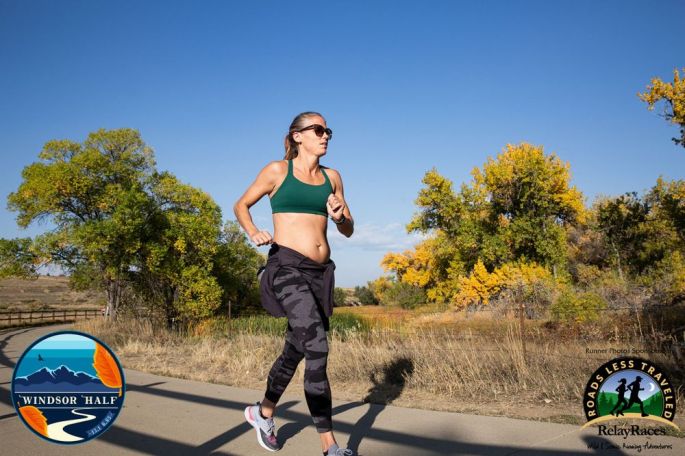 Well, first off, I did not know that a “heavy 10k” is actually an extra mile you run, so my 6 mile run turned into a 7 mile run. Nor did I realize this until I passed the 6 mile mark.

The course was not the best. The race started by running up a hill and through/by a subdivision. For a good two miles at least, we ran on the side of a big road in Windsor.  The only good part was the trails for the last mile or so, which were pretty with fall colors.

However, due to COVID, prizes were to be mailed, and we were told to leave as soon as it was over. My prize? A small bottle of hot water.

The after effects on my body were horrendous. I couldn’t walk. My hamstrings were locked up. I was miserable. My massage the week after hurt.

I was a physical wreck.

I can’t do this anymore, especially for a race with a mediocre course. It was not worth it. I’m just too old. It ruined my whole week of CrossFit the next week, and I was just miserable.

The only 10k I may run again is the Garden of the Gods if people stop freaking out about a virus.

Other than that, I have to bow to age and my body. 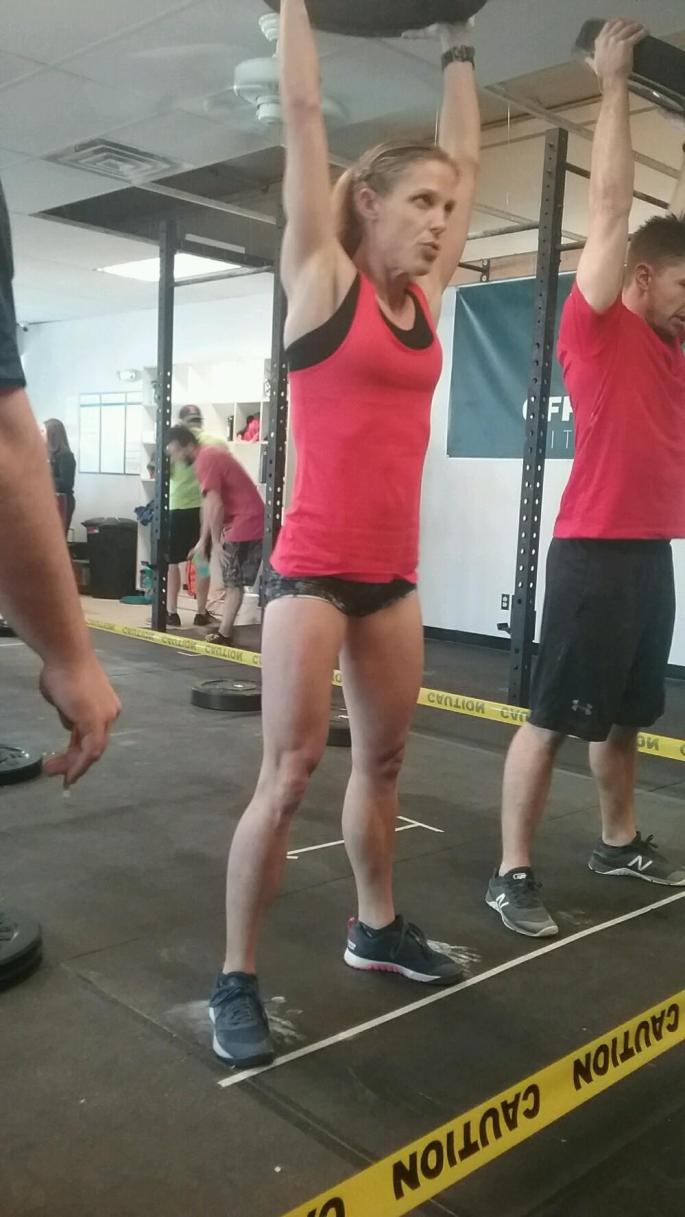 There’s something about running when the world is asleep, and it’s just you, the moon, the stars, and God.

It’s life-giving, soothing, comforting, exhilarating, and magical all in one.

While we can’t run away from the coronavirus, we can defeat it. By living; refusing to give in; and being more determined than ever. 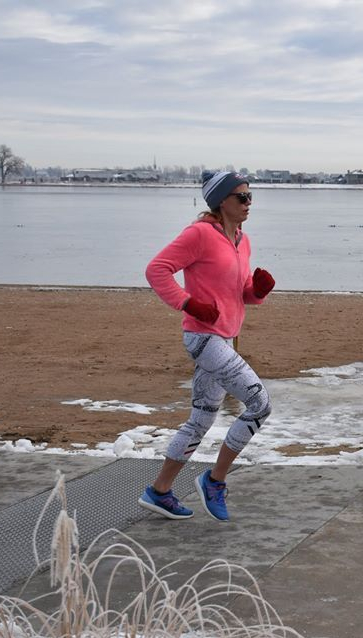 I hate being cold, so it’s always iffy when you sign up for a 5k in December. But The Turkey Trot was cancelled this year because of snow, so I was itching to run one.

This day in December was cold and icy, and to be blunt, utterly miserable.

My 5k time was ok. I had to slow way down on all of the icy spots and try to make up time where it wasn’t icy (which was few and far between). I ended up second in my age group, 15th overall. This was pretty good.

I wish I could say “never again,” but I’ll probably sign up to shiver my ass off next year. 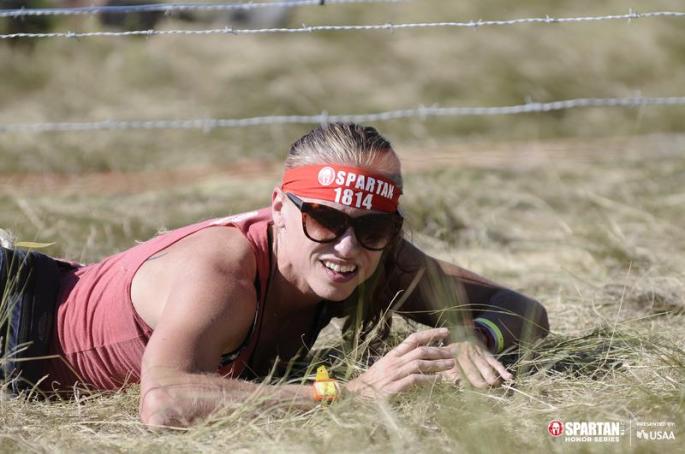 For my daughter’s 14th birthday, she wanted to run a Spartan race. Reluctantly, I agreed. I had done the Tough Mudder two years ago and didn’t like it. I was cold and wet the entire time, which made it miserable. So, I wasn’t looking forward to this one at all.

We signed up for the age group times so we could run in the morning and avoid the heat. However, avoiding the heat was impossible this go around as it was hot the entire time. We had to start at different times as well so I had to wait 15 minutes for my daughter’s group to begin. I picked grass. Fun times.

Once we got going it was just hot. There were a lot of ups and down mountainsides for no apparent reason except to make us go up and down.

Furthermore, this was more of a race to avoid cactus than anything else. Cactus were everywhere, and I happen to have an affinity for cactus so hated seeing all of the cactus that got smashed by runners.

The obstacles were fine, but with only one that involved water, it was hot. We stopped at least three times to re-apply sunscreen, and we stopped at every water station to replenish our bottles and hydrate.

My overall impression was this: this was a glorified, 8.5 mile mountain hike with some obstacles thrown in. Granted, it was on Fort Carson military base, which was pretty cool. We got to see some of their training buildings. However, it was much like a mountain hike/run anywhere on the Front Range of Colorado.

My daughter had fun. I could have done without so many hills. The heat could have gotten lost for all I cared. There was also a false ending, where you went up to the finish line, but still had to go back down 1.5 miles. That sucked.

I may do one again. It just depends. I told my daughter the Tough Mudder would be more her style because it’s a lot more mud and water. Only time will tell.

One of the main reasons to workout is so you’ll have more energy to go and do the things you enjoy doing, and you’ll be physically able to do so.

This is all well and dandy, but there is a flip-side to this: you may end up working out, over extending yourself, and then you’ll have no energy or desire to go and do the things you want to do.

This is me most of the time. For example, let’s take HIIT classes. Every time I do a high-intensity interval training class, I get my ass kicked. I burn a ton of calories, get in a great workout, but then I’m tired, and depending on the time of day I workout, I either have to take a nap or go to bed just to recover. I don’t feel at all like doing much else — and this is really starting to piss me off.

Then, throw in the fact I perpetually seem to be injured. Right now, I’m fighting plantar fasciitis, which is not all that fun. This means I’m taking more time off from running, which just pisses me off too.

I’m still trying to find a workout program and workout schedule that will leave me energetic but not exhausted and leave me injury free.

Yesterday, I did Orange Theory’s Dri Tri. The Dry Tri consists of:

As some of you know, I’ve been battling a calf injury so this was my first time back running. It went well. I invested in compression sleeves; I don’t have any calf strains today so far. And this was fun. Orange Theory’s Dri Tri is twice a year (the next one is in September), so I think I’m going to try and use this as a benchmark in the future.

I finished in 44 minutes, with my 5k time being 24:29, which was good considering I haven’t run a 5k since Thanksgiving, and it was our last exercise. I did well on my 2000 m row as well.

Great workout put on by Orange Theory. I got the most splat points (which is Orange Theory speak for when you’re working about your 84% target heart rate) ever, which is hard for me to do since I have such a low resting heart rate and am in such good shape. I had a good time. This was fun. I’ll see ya in September!